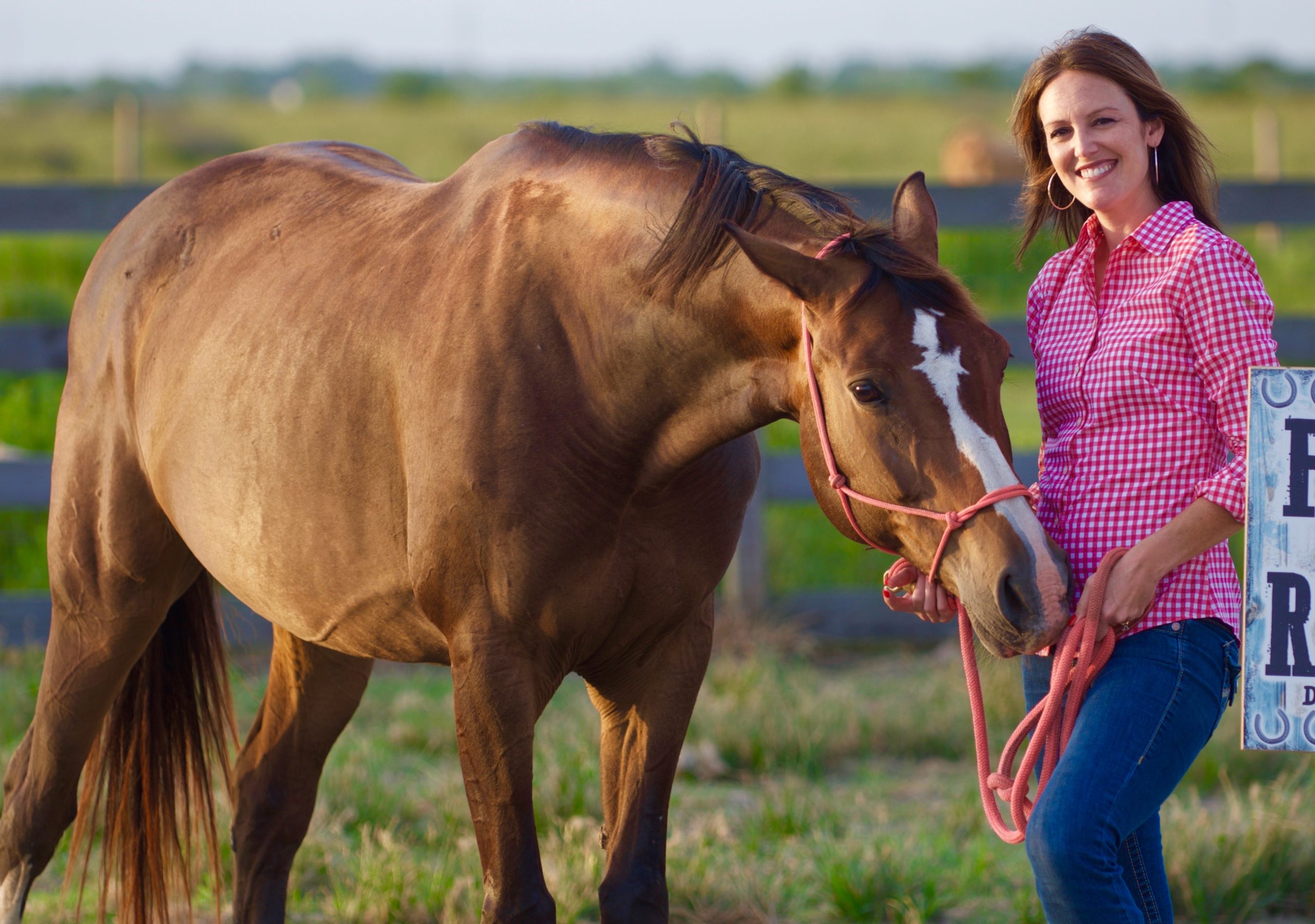 Kelley has been practicing in the field of speech language pathology since 2004.  She graduated with her Bachelor’s degree from Texas Tech University and with her Master’s degree from the University of Texas at Dallas. She is an AHCB Hippotherapy Certified Therapist, certified with the American Speech and Hearing Association, and licensed to practice speech pathology in the state of Texas.  Her areas of expertise include developmental delays, autism, and neurogenic disorders.  Kelley has spent the majority of her career as a clinician and rehabilitation manager at TIRR Memorial Hermann.   During her career she has obtained several additional certifications such as MNDT, Brain Injury Specialist Certification, AHCB, and has been presented with the ACE continuing education award. 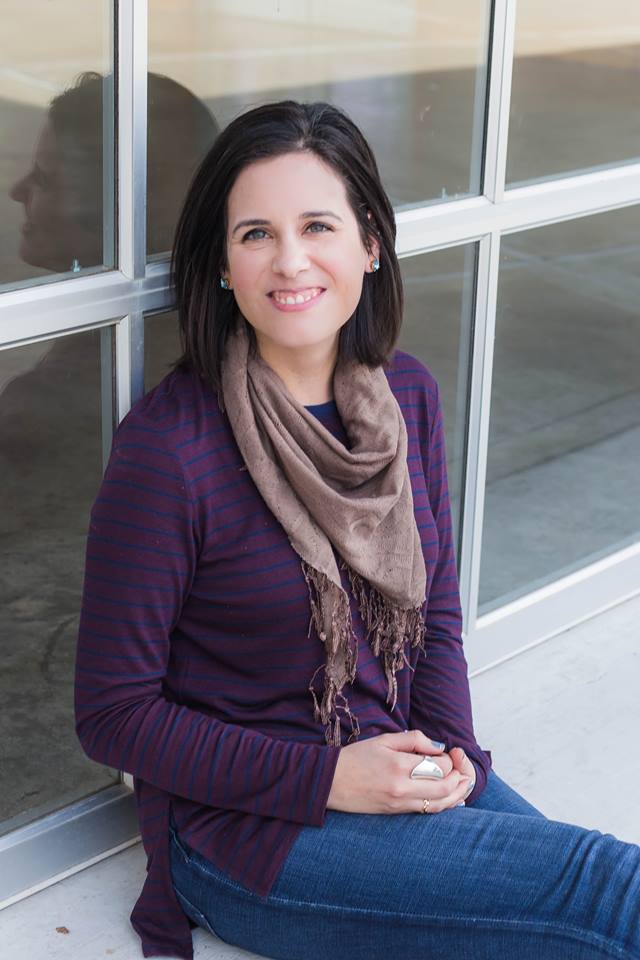 Lisa Robken received an undergraduate degree at Lehigh University, and a masters degree in Occupational Therapy from Texas Woman’s University in 2011. Her work experience includes oncology, orthopedics, and brain and spinal cord injury in all settings. Hippotherapy has proven to be her most passionate and exciting professional venture yet! Specialty areas include developmental delays, sensory processing, and neurological injuries- birth related and acquired. She speaks Spanish at an intermediate level.  The team at Cowboy Up Therapies is thrilled to have her on board!

Tu Da Lou “Louie” is an arabian gelding who developed a passion for helping people after he experienced his own traumatic event in 2012. Louie’s injury resulted in a a broken leg requiring major surgery, and he endured a very long rehabilitation including aquatic therapy.  He is now 100% and enjoys being with people so he makes an outstanding therapy horse.  He loves to be brushed and tends to be on the playful side. 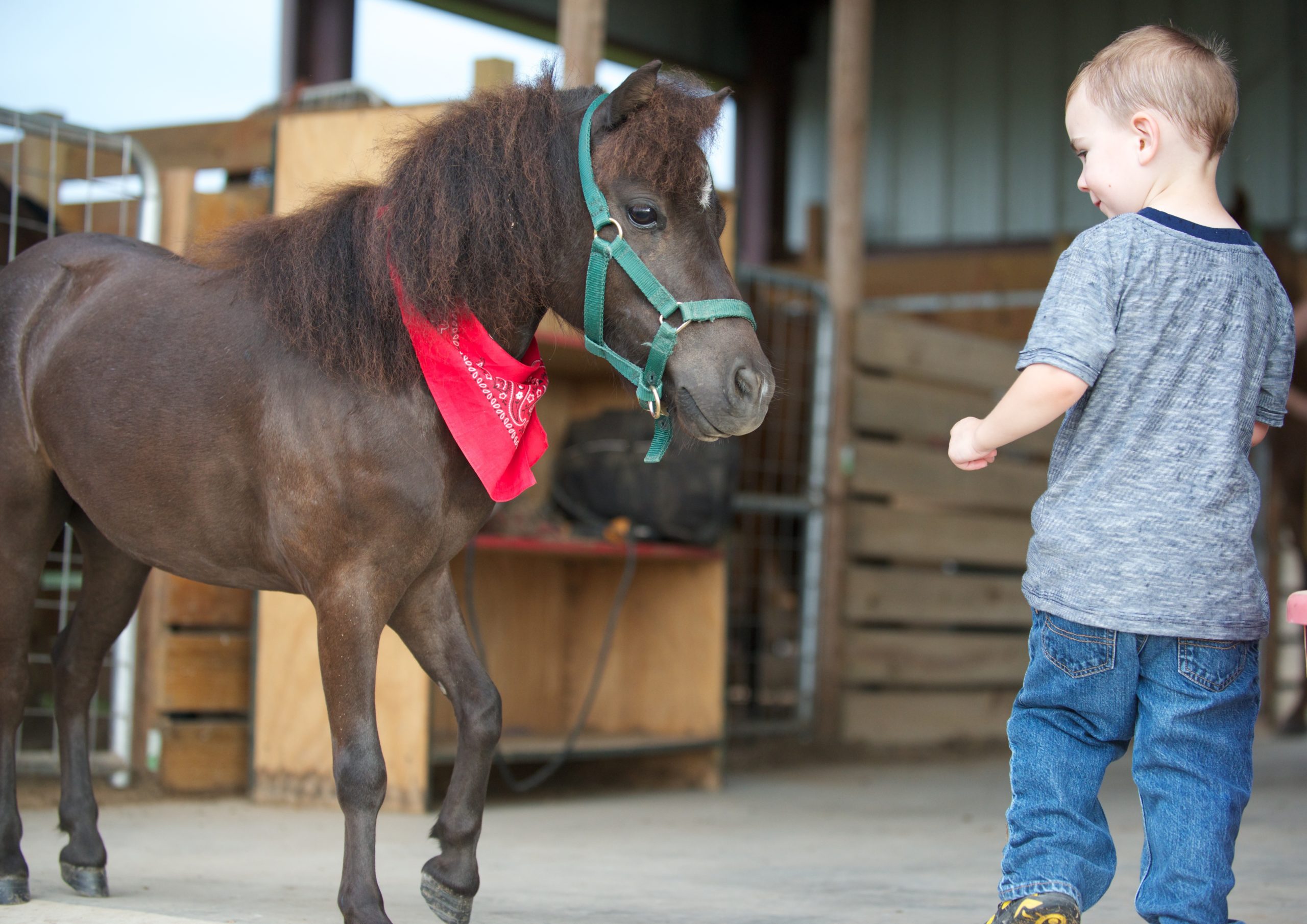 KaBoom “Boomer” is a miniature therapy horse who has made many community appearances including Share Autism’s Awareness Walk, TIRR Memorial Hermann’s Fall Festival, Texas Pediatrician Society’s annual convention, and other community locations in order to brighten people’s day. He also enjoys helping children who may initially be shy around horses to grow comfortable with a horse they can see eye-to-eye with.  KaBoom is very gentle and children quickly learn how caring horses can be through Boomer.

Mimi graduated from Baylor University with her bachelor’s and Master’s degrees in Communication Sciences and Disorders and has been practicing speech language pathology for over 20 years. She has spent the majority of her career in pediatric private practice.   She enjoys working with children and adolescents with apraxia, phonological disorders, language disorders, and autism.  She has Level One Prompt certification and was a presenter at the Presbyterian Weekday Ministries Conference for several years. She is a member of the American Speech and Hearing Association and licensed in Texas.  She grew up with a love for horses and riding and is thrilled to combine her two passions.

Ruthe oversees the care, safety, and training of Cowboy Up horses. She has extensive equine knowledge and has over 40 years of equine experience including breeding, training, and performance.  Ruthe also trains therapy dogs and takes her therapy dog, Christopher, to hospitals on a weekly basis.

Manny was born in 2013 and arrived to Cowboy Up with KaBoom in 2015.  Manny is the more playful of the two miniature horses and enjoys to be handled.  He can be a “Houdini” and unlock and open gates so he keeps us on our toes.  He is also an obnoxious beggar so watch your food.  He has been known more often than not to steal food that people leave in the barn.  But we love Manny and he enjoys activities with kids at Cowboy Up.

Bear is a Quarter horse who worked Warren Ranch’s cattle for many years.  He now serves now as a therapy horse bringing many children joy with his quiet and gentle nature.  He is now enjoying retirement at Warren Ranch.

Sabrina is a quarter horse who joined the team at Cowboy Up Therapies in the summer of 2018.  She was a rescue horse so we are not sure what her story was for the first 7 or 8 years of her life.  But she is a true gem at Cowboy Up Therapies.  She is often the first horse we use with kids as she is so gentle and is not rattled easily.  She loves attention and loves to hang out with people in the barn.

Merlot is a Hanoverian and is our largest horse at 16.2 hands tall.  She is extremely affectionate and is such an asset to our program with her very gentle nature.  She was born in 2002 and was originally supposed to be a show horse, but due to an injury she was not able to show so she spent the next few years as a broodmare.  She came to us in 2014 and trained as a therapy horse.  While with us, she gave birth to a beautiful filly named FinnLand in 2017.

Janoube is a fiesty 2016 Arabian gelding.  Like most of our horses, we do not know a lot about his early life.  He came to Cowboy Up in 2021 and has won the hearts of many people. He is Mr. Personality and fits the description of an “in your pocket” kind of horse.  He is as sweet as he is beautiful, but watch out because he can also be playful.

Liberty is a very sweet Arabian gelding who came to Cowboy Up Therapies in 2021.  He was a rescue and through some networking, he found his way to us.  We do not know anything about his life for the first 15-16 years but we do know he can be insecure and needs a lot of reassurance.  He has quickly learned that visitors at the barn are a positive thing – often bringing him lots of hugs, kisses, and are treat dispensers.  His trainer believes he was a show horse and Liberty’s biggest challenge has been to learn that this is the “chill” life.  He often reverts into show horse mode, but with reminders from the horse handler, he will relax and remember he doesn’t have to act flashy.  Although he can seem wound up, he flew through the therapy training process and passed with flying colors. We could not find anything that actually spooked him and he genuinely enjoys people. We initially took him on a trial basis but we quickly learned he was a perfect fit!

Wilturner, “Turner” jointed the Cowboy Up Therapies family in December of 2015 after Kelley found him in the middle of the street in Houston with no home.  His sweet temperament, love for children, and to desire to please made him an excellent candidate for a therapy dog.  He finds much joy in his job and looks forward to seeing his friends come visit on a weekly or biweekly basis.  In his free time he enjoys rough-housing with his sister Chloe.

Chloe is a catahoula mix who found her way to Warren Ranch and into Kelley’s heart in 2013.  She is a highly energetic dog who exhibits a sweet nature and love for children.  She has a unique ability to empathize with those around her.  She loves attention and does not know a stranger.  She loves belly rubs and is a natural at rounding up the cattle.  In her free time she enjoys stealing raw hide bones from her brother, Turner and chewing her mom and dad’s shoes.

FinnLand is the newest member of the Cowboy Up Therapies family.  She was born on March 4, 2017.  Stay tuned as FinnLand grows up and begins her training as a therapy horse!

In loving memory of Sydney

Sydney had a special passion for children.  She was trained as a service dog and then retired from service to pursue life as a pampered therapy dog.  She is deeply missed and will always be a part of our Cowboy Up family.